I’ve attached a photo I found from the Associated Press. The picture is credited to “Douglas R” 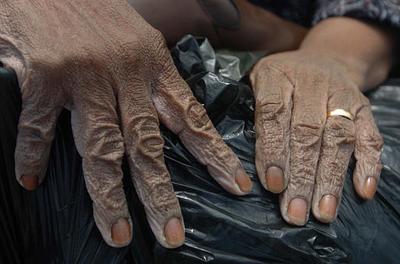 The caption reads: “Forty-year-old Shirley Ward’s hands are water logged after two days soaking in water on Rocheblave Street, in New Orleans where she was stranded until being rescued seen Tuesday, Aug. 30, 2005, in New Orleans.”

Yes, 40 year old. The picture is breathtaking by itself.

Pictures speak a thousand words. I took this yesterday.…

As I’m sure everyone who knows me knows, I am attending…